I am a missionary.  I have been called to bring the Kingdom of God to those that need it.

What is the Kingdom of God?  Love for one another.  Righteousness based on this love and considering others in need a priority for my life.  The Kingdom of God is the knowledge that you have something to give to others and that you will be held responsible for what you have been given.

Lets say that your family received a large donation.  Dad decided that you needed a 60 inch TV in the den to watch football games.  Mom decided you needed a new set of electronic kitchen appliances.  Sis, a newer car and baby brother, a motorcycle.  Now, that is the way things usually go, but the Kingdom of God requires us to look around and see what others need.  Our Neighbors.  The folks in Jesus time were in trouble when they asked who their neighbor was because they didn’t like him because… or her because… and they had valid reasons for hating and ignoring and not helping them.  Good religious reasons.

Jesus slammed the people of his time and pointed to the people they hated.  Jesus went into and lived with the ones his chosen people hated, ignored and spoke evil of in every manner.

There are many parables.  Matthew 25:31-46 is not a parable.  It parallels God’s plan from the very beginning of the earth through this day, today.

I am a mile away from hell and my hands are tied.  Hell is when you expect something and cannot get it.  Here in Staten Island, it is called the American Scream.  Many people throughout the history of the USA, planned, worked, saved and believed the lie that things are important.  They bought houses, partied and bought … well, things.  Then God, in his infinite wisdom sent Hurricane Sandy and then the first snow storm and then another.  Don’t be deceived, God is not mocked.  Whatever you plan to do, God will do to you.

Right down the road, literally, there are thousands of people who live the American Scream.  Taxes, Insurance and payments for this and that government project have left them squeezed till they have nothing left.  Yet, on the hill, there is electricity, water and every comfort of God.  The American dream is for the rich, secluded and wealthy.  They get to eat what they made with their own hands.  Well, actually… bread made from the sweat of people that are poor, services provided by the poor and the workers of their factories.  No I am not a socialist, just a realist.  God bless us so we can be a blessing to others.

I visit the homes of the fabulously wealthy.  Fabulously wealthy according to the folks that have houses made of stacked mud that washes away every rainy season.  Fabulously wealthy according to the grandest proportion of people on earth.  Refrigerators that are full, pantries that have food and houses that are warm.  When I look around I often see … well, literally a million dollars worth of…  Stuff.  Stuff they are certain they need.  Stuff that helps them make money so that at the end of the year, they might have 1% to give to someone through their church who ends up giving .1% to someone in need.

Ok, I came here to help the poor and found that though some gave their lives to help the poor, now that it is time to wind down, people are too busy to care about those that tonight, sit in houses without heat and electricity and scream … scream and cry in to the darkness.  Why…  Job’s friends came to help him understand God.  Too bad they did not come with gifts and medicine and help and hope and an offer to assist Job in rebuilding.  Nope…  They brought the word of God as they understood it and in the end, Job had to pray for them so God would not just kill them and send them to hell.  Not what you read?  Maybe you should read again.  I see a man, chosen as an example for God, deserted by his friends and left on a trash dump.  I see a man who was not surrounded by the many that he helped or the many that were religions, bearing gifts and blessings but the law.  The very law they ignored coming to Job in the first place.  They could have been helpful, offering to do something but no, they decided Job got what he deserved.  Then, sigh… Job had to ask God not to give them what the deserved.

I am a mile away from the American Scream and what I hear is, “It’s not my problem, I got my own problems.”   “Don’t help them, they will just get used to being fed.  Make them go to work.”  It all basically comes down to “I got mine, nya nya nya, ask God to help you.”  You know, it doesn’t even make me sick any more.

Perhaps you might give some thought to what it would be like to be homeless, helpless and living on the streets.  Funny, God left his home and family and got pretty angry at the church they built him when he was Jesus.  Why didn’t Jesus build big buildings.  He could have.  Why didn’t he honor the educated and wealthy but constantly hung out with … them.  Perhaps they are important?

I need, not so I can build, but so I can go to Job and say, “Dunno why God did this but here, lemee do something to help.”  I need to help others.  Sigh… 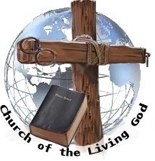